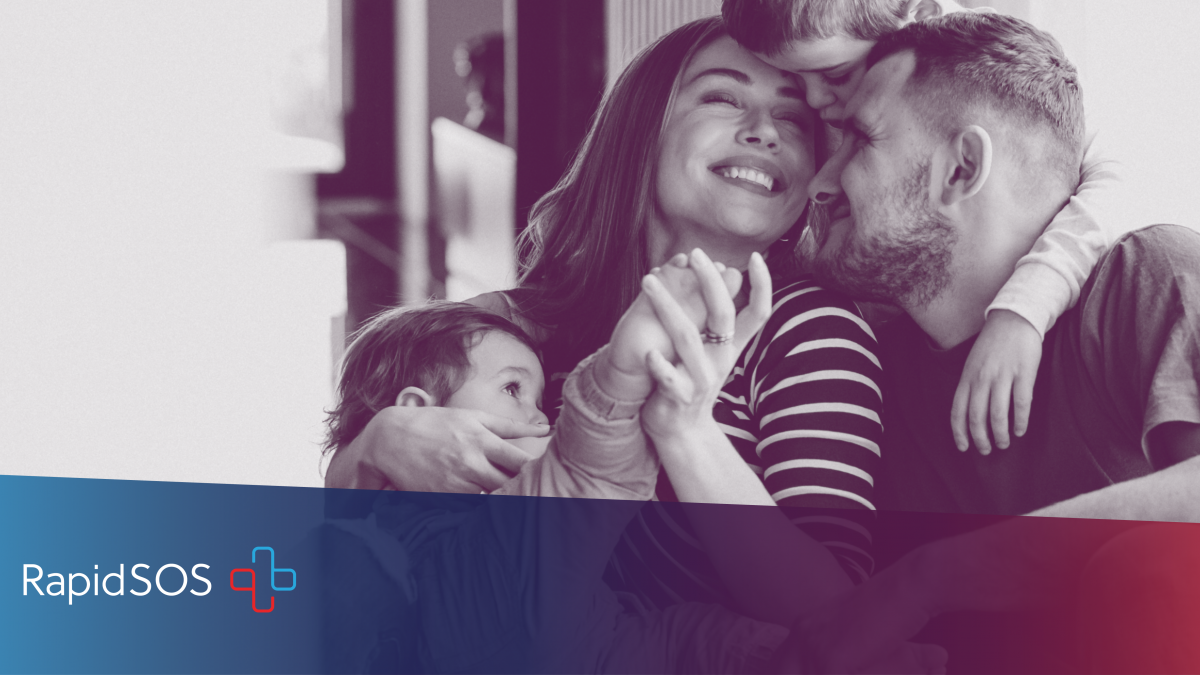 These days, we rely on technology to get us through everyday tasks. From virtual video meetings to ordering food delivery – most everything is available at the tap of a screen. So if technology has dramatically transformed our lives over the last 50 years, why is it still lacking when we need it most? During a car accident or heart attack or home invasion, we rely on a 911 infrastructure that was built in the 1960s and has not been modernized to better respond to today’s emergency situations. Most times, 911 callers have to verbally explain the situation and relay their location, a task that is no easy feat during perhaps the worst moment of someone’s life.

Despite this, 911 telecommunicators do extraordinary work helping hundreds of millions of people each year. But they often lack data about the incident, which can  lead to dispatching delays and emergency responders arriving on scene under-informed. Technology needs to rise to the occasion and support the hard work of the heroes behind the headsets and in uniform. Providing additional data to 911 can be the life-saving link that gets first responders on-scene faster with unprecedented situational awareness.

RapidSOS was founded in 2012 to solve this data challenge and empower a faster, smarter emergency response by working with innovative companies, such as Uber, Safe Zone, and Sirius XM Connected Vehicle Services. We’re committed to helping protect lives by connecting emergency communication centers (ECCs) to critical caller and incident data.

In Kirkwood, MO, a confused elderly man called 911 on his mobile phone from a location other than his home. In distress, he was not able to provide his location or other important details about his situation. The dispatchers at the responding ECC, the Kirkwood Police Department, used quick thinking to aid the distressed caller. Within RapidSOS Portal, dispatchers were able to view an accurate location, along with his Apple Health information, including his age, address, medical conditions, medications, emergency contacts, and even his doctor’s information.

With the rich additional data provided, police and EMS were dispatched to the exact location, the caller’s son was notified, and paramedics received his accurate medical history. According to Kirkwood PD,  “The background information that was available allowed for us and EMS workers to provide a better assessment and better understanding of why the caller was confused. We were able to make the necessary notifications and have a more successful outcome.”

An Uber driver picked up a couple one night in Athens-Clarke County, GA, assuming it would be a normal ride. It turned out to be anything but, when the intoxicated man became aggressive toward his girlfriend. The driver ended the ride, but outside of the Uber vehicle, the man began hitting the woman and the car.

Using the Safety Toolkit within the Uber app to call 911, the driver relayed details of the event and how the man had caused physical harm to the woman. At the responding emergency communication center, Athens-Clarke 911, dispatchers used RapidSOS, which automatically shared information about the make, model, and license plate number of the Uber vehicle.

While waiting for first responders to arrive, the driver allowed the woman to wait in his car. With the additional data provided by Uber through the RapidSOS Platform,  first responders arrived on scene within just four minutes of the initial 911 call.

According to Athens-Clarke County Police Capt. Keith Kelley, “With 911 calls the location is key.  This technology gives us that location that much faster. Also, getting the Uber vehicle information is important to us because people may not know the exact make and model of the Uber vehicle they’re riding in. This gives it to us electronically and we can get people to them that much faster.”

In Greenup County, KY, the Apple Watch’s built-in hard fall detection technology saved a life. When a bicycle accident sent an individual off of his bike and onto the floor, he hit his head and became unconscious. The Apple Watch on his wrist detected a hard fall and in turn called 911 to report the incident.

At Greenup County E-911, the responding emergency communication center, the dispatchers used RapidSOS Portal to receive information from the smart device. His exact location at the time of the incident was used to dispatch police to his location, as well as the information that the user had had a hard fall. According to Director of Greenup County E-911, Buford Hurley, “He was unconscious when they arrived, so he couldn’t have called… it saved his life because the trauma caused a brain bleed and he could have died.”

Data saves lives. When 911 telecommunicators and first responders are empowered with caller data, they can make smarter, more informed decisions before arriving on scene. From what resources to dispatch, to which location to arrive at, caller data gives emergency responders a fuller picture of the emergency.

Data from everyday devices, that we often take for granted, is generally missing in the most critical moments of someone’s life. The need for such data was never more apparent than in 2020 when the world faced unprecedented emergencies, including the COVID-19 pandemic, natural disasters, and domestic threats like the Christmas Day Nashville bombing. Data from the RapidSOS Platform was used in over 150 million emergencies during the calendar year (on average, 400,000+ per day) and became the critical link between citizens and first responders when traditional voice 911 circuits went down in major disasters or attacks.

If you’re interested in learning more about additional data, join us for Tech for 911 Episode 3: “The Emergency Intelligence Data that Public Safety Wants” on March 18th at 2pm EST to learn more.