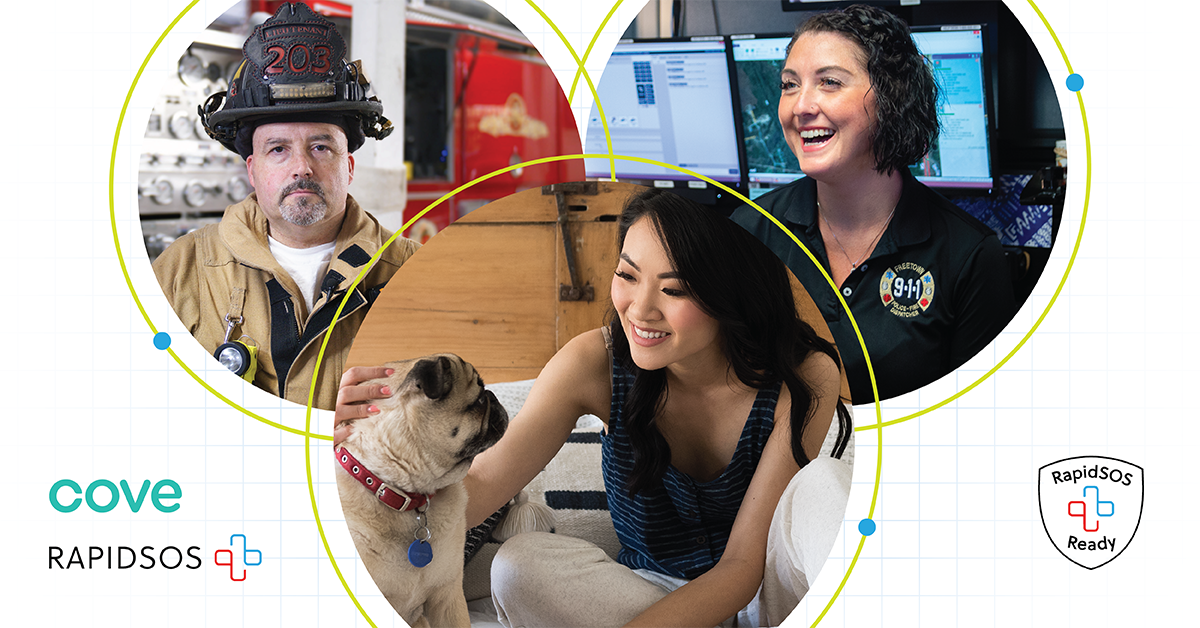 [vc_row][vc_column][vc_column_text]A recent study out of Harvard found that lack of data leads to millions of false 911 calls for security alarms, with an average response time of over 30 minutes. We are excited to announce that Cove is the first security company to partner with RapidSOS to solve this challenge by directly sharing critical alarm information with 911 during emergencies – transforming home security emergency response.

Security systems generate an estimated 62 million emergency calls in the United States annually. 911’s legacy infrastructure means that most 911 centers can only receive information that is verbally articulated by monitoring centers. The result is a long interrogation process, delays in triaging incidents and dispatching resources, and first responders often arriving on scene with limited information.

Over the past 18 months, RapidSOS has worked closely with thousands of first responders to develop technology to address this challenge. We are excited to share the launch of the first version of this technology in partnership with Cove Security to:

This is the first home security data available on the RapidSOS emergency response data platform, which connects life-saving data from 400M+ devices to over 5,200 Emergency Communications Centers.

The 911 infrastructure relies on technology from the 1960s, which limits the amount of information first responders can receive from modern home security systems. Research out of Harvard University and the Urban Institute highlights challenges that home security systems face in emergencies:

Based on insights from nearly eight years of work, $100 million of R&D, and over 150 million emergencies managed across 5,200 public safety agencies just this year – RapidSOS partnered with public safety to develop the world’s first emergency response data platform.

Cove is now the first home security company to connect to the RapidSOS platform, providing existing and upcoming capabilities such as:

“Every year we deal with thousands of home alarms, and very few come into the 911 center with the best information we need to determine an appropriate response. Now that Cove is leveraging the RapidSOS platform, our 911 dispatchers will have access to time sensitive information that can immediately show key information about the incident, and provide critical details so that first responders can respond faster and more efficiently.”

RapidSOS Ready: the next step forward for security

According to a survey of home security consumers about their opinions on the industry, over 90 percent of respondents said they would feel safer if they had a home security system that is able to share incident-specific information with first responders in an emergency.

With the majority of emergencies occurring at home, break-ins occurring every 11 seconds1 and a structural fire every 23 seconds2 – home and commercial security systems can provide a critical service for millions of American households. For the first time that service can be directly linked to first responders in the moments when it matters most.

By becoming certified as RapidSOS Ready, Cove is able to provide better safety and security for its customers, while sharing life-saving data with 911 to empower a faster and smarter emergency response. In the 21st century, the types of threats our families face are changing: home security systems play a vital role as the first line of defense for many families. 911 connectivity is crucial to providing continued, holistic security for our communities.

Cove’s solution offers consumers the flexibility they want and the features they need, with an industry-defining standard for safety through its life-saving link to 911.