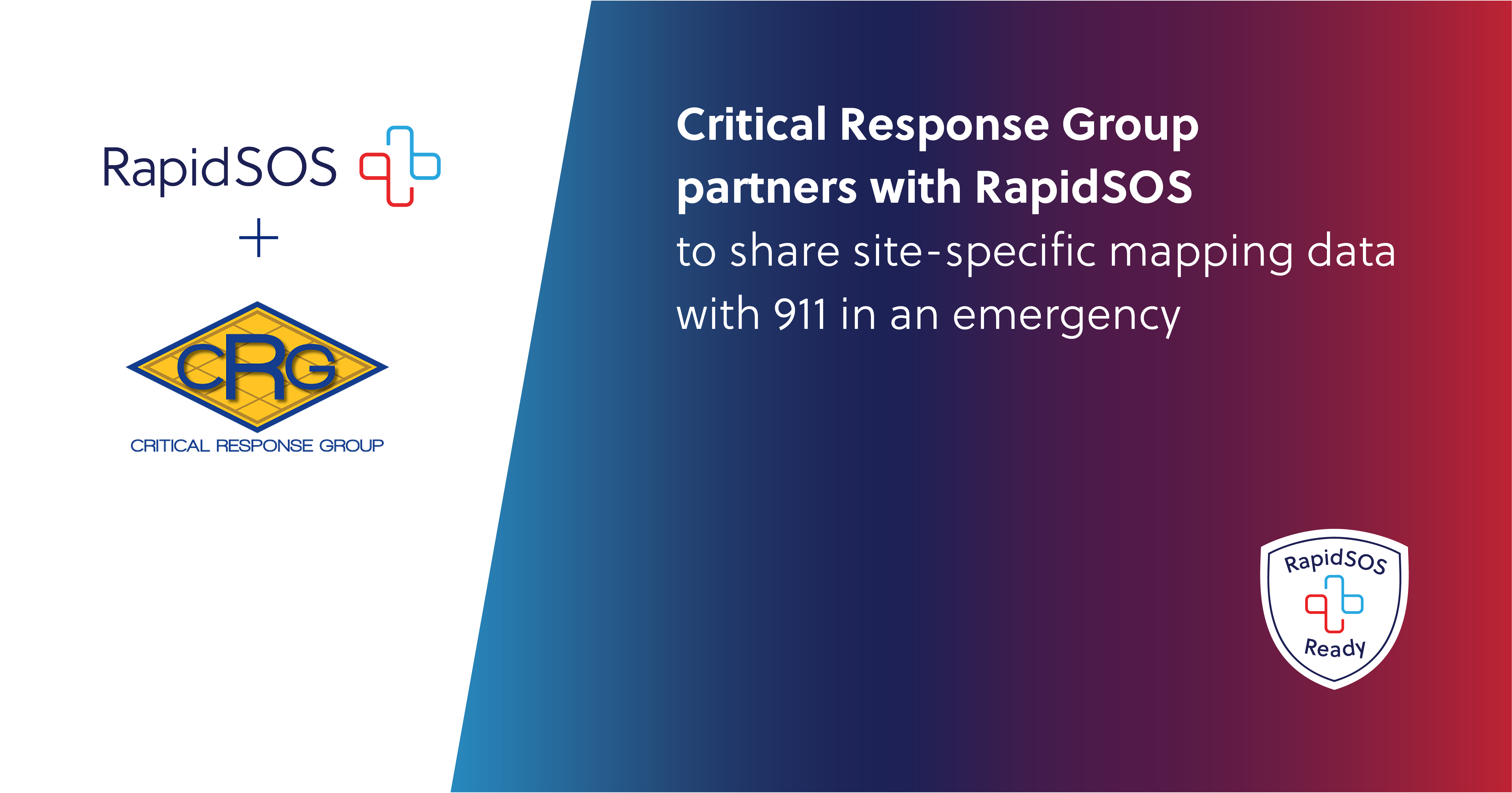 Each year, over 250 million calls are made to 9-1-1 in the United States, relying primarily on the limited context of a phone call. This can result in delays in dispatch and under-informed first responders. One of the biggest challenges faced by Public Safety Telecommunicators (PSTs) is receiving emergency calls from locations inside unfamiliar, complex buildings, and having to relay this information to first responders arriving on-scene, often also unfamiliar with the site. Most building schematics are completely inaccessible to PSTs and first responders. Of those that are accessible, most building schematics are out-of-date and inaccurate, difficult to understand, and lack the critical information that first responders need to communicate effectively.

Through access to CRGs, PSTs will have an additional tool within the RapidSOS Platform to solve this challenge. CRGs combine accurate floor plans, critical building features, high-resolution imagery, and a gridded-overlay into one intuitive map. While CRGs are sophisticated, they make facility floor plans easily available and understandable to first responders, who are likely responding to complex events and are relied upon to make life-saving decisions under immense stress.

When an emergency call is received from a site with a CRG, PSTs will be able to quickly reference location information and the CRG directly within the RapidSOS Platform, allowing PSTs to make faster decisions and communicate more effectively with dispatched first responders. The strength of CRGs is their ability to be simultaneously ingested into multiple technology platforms that utilize a mapping layer. By accessing CRGs through the RapidSOS Platform, 911 dispatchers can instantaneously correlate vital information that may exist in different systems and save time when an emergency responder arrives on scene.

“CRGs were adapted directly from mapping and communication techniques validated by the U.S. Military Special Operations community over the last twenty years. We transitioned this technique for use by domestic responders, and have utilized it to map thousands of schools, hospitals, government buildings, and other critical infrastructure across the country,” said Mike Rodgers, the Chief Executive Officer at Critical Response Group. “Making our CRGs accessible through RapidSOS now ensures that during the stress of an emergency, PSTs will be able to quickly access site-specific mapping information without leaving the RapidSOS Portal.”

According to Viyas Sundaram, General Manager at RapidSOS, “We’re united in our commitment to create a safer, stronger future where technology and people work together seamlessly to protect and save lives. Together with innovative companies like Critical Response Group, we’re providing people with an added layer of safety and security and we’re supporting our heroic first responders in saving millions of lives annually.”

With the launch of the solution in early 2021, CRG technology will be recognized as RapidSOS Ready – allowing life-saving data to be sent directly to local 911 agencies in an emergency through the RapidSOS Platform. To learn more about the solution, visit: www.crgplans.com.

United States Military Special Operations Force (USSOF) faced the challenge of operating and communicating about unfamiliar locations with diverse groups and nationalities while under stress during counter-terrorism missions. To solve that problem, USSOF developed a visual communication tool, called a Gridded Reference Graphic (GRG), that combined a grid overlay with high-resolution overhead imagery so mission participants could communicate from a site-specific common operating picture. The principles of a GRG were expanded and pivoted for domestic use as a Collaborative Response Graphic®, or CRG.

CRGs are built for schools, places of worship, hospitals, airports, government buildings, prisons, parks, corporate facilities, theme parks, and other critical infrastructure, and are used for reunification efforts, and pre-planned or emerging events.