“How do we help our heroes?” Michael Martin on the AI in Action Podcast 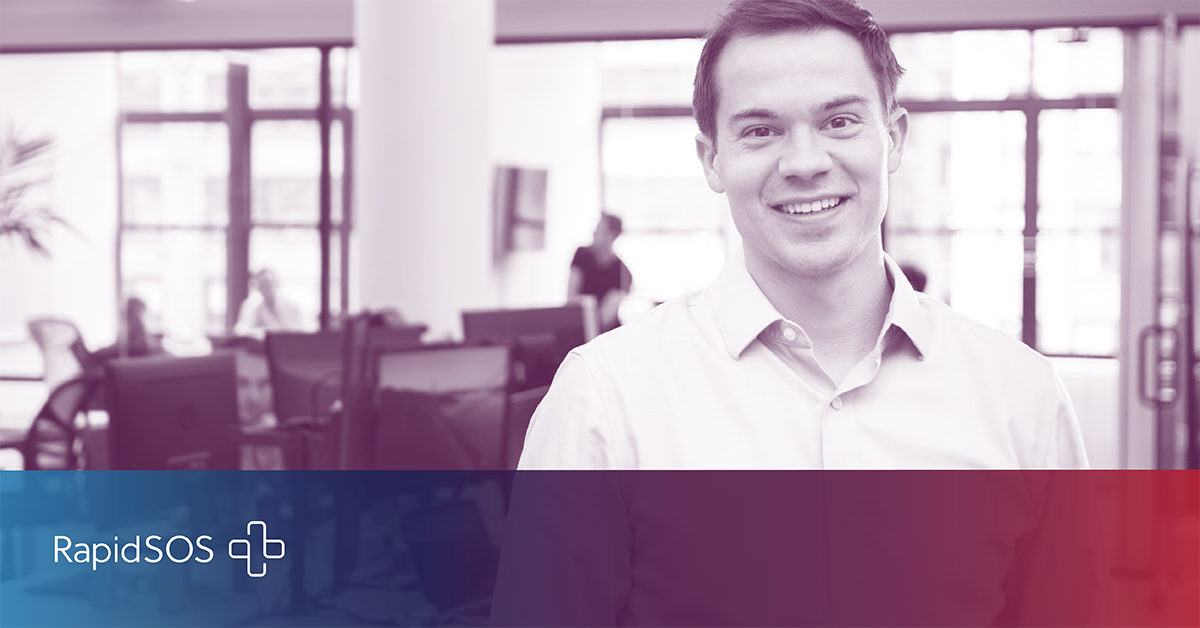 On Wednesday, October 21st, RapidSOS cofounder and CEO Michael Martin was featured on the AI in Action Podcast. This podcast explores “the impact that Data Science, Machine Learning and Artificial Intelligence are making on our everyday lives.”

Michael spoke about the life-saving mission of RapidSOS: its origins, principles, and impact. To listen to the podcast, check out the AI in Action homepage here.

Michael Martin grew up in a rural farming community in Indiana, surrounded by rolling plains and heavy machinery. After attending college in Minnesota, he developed a fascination with transformative technology that can solve the world’s biggest challenges.

He moved to New York to work in venture capital, initially focused on energy innovation. It wasn’t until he received his so-called “welcome to New York City mugging experience” that he discovered his mission to transform emergency response.

“I was just walking home late one night to my apartment at 2:00 AM. And I had basically my welcome to New York City mugging experience. It was the first time I’d ever really thought about calling 911, and I realized in the middle of an emergency, whatever that emergency is, whether it’s an assault, a kidnapping, or a heart attack, it is difficult to somehow get out your phone, dial a number and have a coherent conversation.”

Michael set out to learn more about the 911 system. He would call at least 10 public safety agencies a week to understand about the challenges they faced: over 70,000 first responders nationally manage over 250 million calls for help annually, all through a system that was built in the 1960s for landline phones. “It’s remarkable how well it works in light of the challenge, but it really was apparent there was such a need for new technology.”

As Michael dove deeper into this challenge, his father experienced an emergency in which he fell off the roof of Michael’s childhood home during a snowstorm. He was unable to reach his phone, and it wasn’t until Michael’s mother came home that he could get an ambulance. This event crystallized the reality that 250 million families might experience a situation like this every year.

Michael pursued a graduate degree at Harvard Business School, where he met his cofounder, Nick Horelik, and assembled a team to tackle this national infrastructural problem. They would go on to meet with first responders around the country to understand the magnitude of the problem. Michael borrowed his father’s Prius and drove cross-country to meet with 911 agencies in person. They’d listen to dispatchers take calls and ask a litany of interrogative questions just to get the information they needed to help, ranging from closest cross streets to preexisting medical conditions.

He quickly realized just how heroic these first responders are, staying on the phone to comfort people through some of the darkest moments of their lives, while simultaneously guiding and allocating emergency resources on-scene. This shifted the mission to not only provide better technology and data in emergencies, but to partner with these heroes on the frontlines to help them save lives.

The 911 system lacks the infrastructure to receive any additional data, at least through traditional means. In a typical 911 call, the data payload is limited to 512 bits of data – less than what was shared through the first transatlantic telegram – meaning first responders have access to almost nothing beyond what a caller can articulate over the phone.

Every community and state has some minor variations in how they respond to emergencies. The type of emergencies a small town in Colorado may encounter are likely different from New York City, meaning systems, processes, and solutions are different as well. Michael and the team resolved to build a solution that “embeds a data flow into existing software systems that run in 911 centers.”

After eight years of research, RapidSOS developed the world’s first emergency response data platform to share life-saving data with first responders, ranging from device-based location to data from digital health devices, connected car platforms, and home security systems. This data is available to them through RapidSOS Portal, or through integrations with almost every other major public safety software.

Today, the RapidSOS emergency response data platform is used in over 5,200 public safety agencies nationwide, covering over 92 percent of the US population, and is expanding into international markets.

Partnering with everyone to help save lives

The RapidSOS platform was built in consultation with over 5,200 first responders, who offered advice, beta tested the platform, and helped guide the user experience to be as functional as possible during emergencies. These partners helped the team understand the ins and outs of the public safety ecosystem, from software vendors to end users. However, to build and scale the platform, they had to simultaneously bring on data partners and public safety agencies. Data partners need to have people to share their data with in order to help their customers, while public safety agencies need data in order to use the RapidSOS platform.

To solve this, Michael took a community-oriented approach:

What Michael Martin enjoys the most about RapidSOS is being able to help first responders save lives and protect communities every day, whether it’s a medical emergency or a natural disaster.

“It’s extraordinarily rewarding to work every day with the heroic first responders on the front lines…partnering at the human level with the public safety community to try to solve this challenge, and then the impact that they’ve been able to have with some of our technology.” To listen to the full podcast, check out AI in Action on your favorite podcast streaming platform.