RapidSOS wins Startup of the Year from CTA 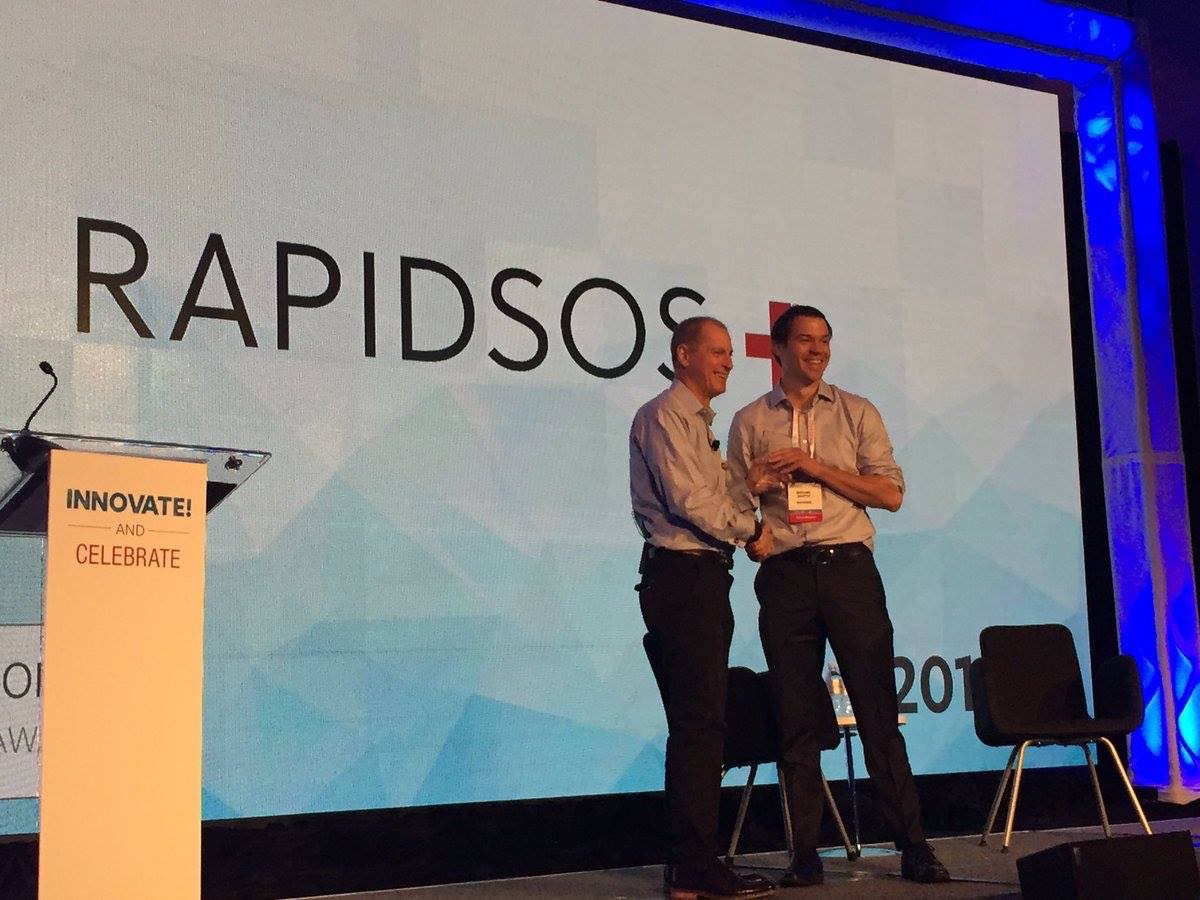 We’re thrilled to announce that RapidSOS has won the Consumer Technology Association (CTA)™ Innovation Entrepreneur Awards, 2016 Startup of the Year Award. CTA’s Innovation Entrepreneur Awards program recognizes inspiring entrepreneurs, leading businesses and exceptional startups in the consumer technology industry. The Consumer Technology Association, representing over 2,200 member companies, is the organization that puts on CES, the annual global consumer electronics and consumer technology tradeshow that last year had over 176,000 attendees and over 3,800 exhibitors (making it one of the largest tradeshows in Las Vegas)!

It’s an honor for RapidSOS to be recognized by the CTA with the Startup of the Year Award. We’ve spent 3.5 years working with the 9-1-1 community to develop this technology and we’re humbled to be recognized by the CTA, given all the amazing tech innovation that is showcased each year at CES. Attending CES back in January was an incredible and transformative experience for us, and it just keeps getting better! The 8 months since CES have been a whirlwind — we’ve expanded our team, launched Haven, and managed thousands of emergency calls across the U.S.

The connections and leads gathered at CES have already led to some extremely exciting partnerships and integrations. We’re starting to collaborate with major tech companies to put our technology to work for every emergency call in the country, no matter whether you use our app or dial 9-1-1. We are already counting down the days to CES 2017.

Today, I had the honor of accepting the award at the CTA’s Innovate! and Celebrate, a gathering of CTA members, tech startups, industry thought leaders, venture capitalists, investors, tech media and more held in San Jose, California. Every year, one consumer technology company, one startup company, and one individual consumer technology executive are selected by a panel of industry judges. A big congratulations to the other winners: