How to Handle and Locate a Non-Service Initialized Call

Monthly News Round Up – February 2020 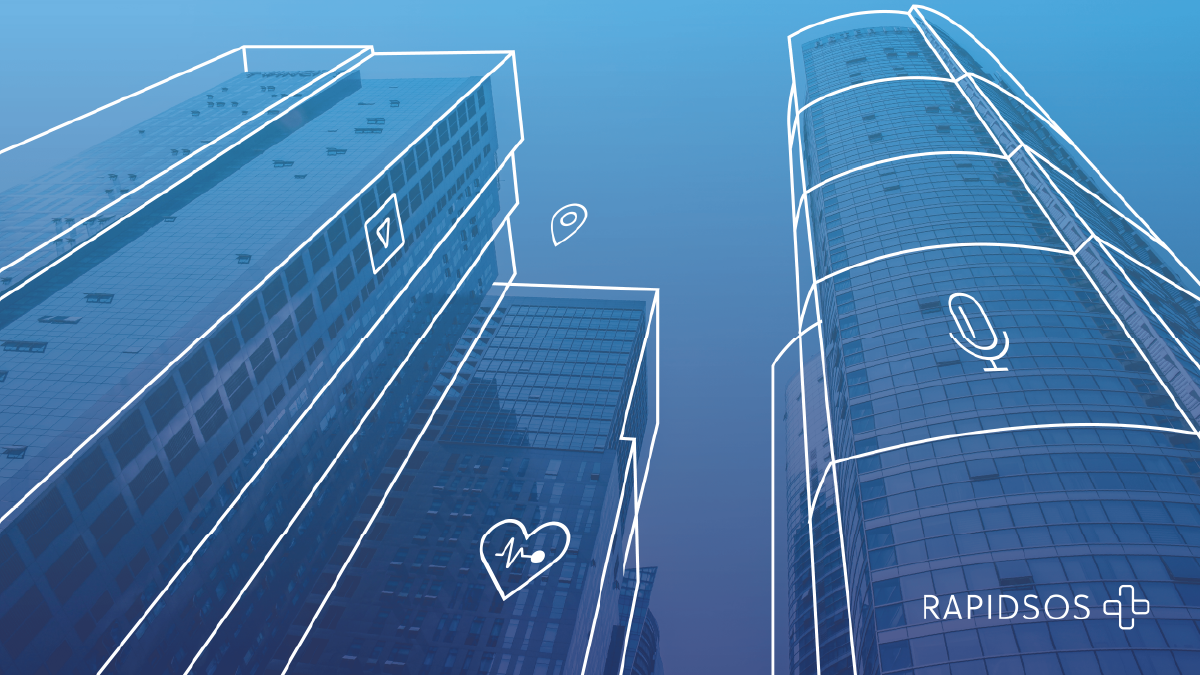 We’ve all seen the term “smart” put in front of just about anything tech related. From smart watches to smart pills, it’s almost ubiquitous – and while some of it is just marketing, one smart technology in particular that stands out is smart buildings.

Nowadays, we expect buildings to do more than just give us shelter and keep us warm: after all, the EPA estimates Americans spend almost 93 percent of their lives indoors. Smart buildings don’t just change the thermostat with a voice command – they can make the world a safer place, too. In this article, we’ll explore five smart building breakthroughs that enhance public safety.

What is a smart building?

Smart buildings, in short, are any residential or commercial structures that automate functions or provide remote controls through a network of technologies. Believe it or not, most buildings nowadays can be considered smart buildings.

Smart building technology includes everything from motion-activated lights to remote activated doors that can be opened, closed, and locked from a central controller. Here are five technologies that connect these smart buildings to public safety.

These systems integrate overhead alarms, speakers, and strobes, and leverage mass distribution of SMS/voice/email messages to notify occupants there is an emergency or incident occurring. These systems synchronize the network of devices installed in a building to enhance and expedite evacuations or shelter-in-place plans.

Emergency notification systems have applications anywhere large groups of people might need to be notified to take immediate action, whether that’s evacuating, sheltering in-place, or something else. Common examples include schools, office buildings, and shopping malls.

Acoustic gunshot detection technology are systems of microphones and sensors that can detect and locate gunshots with extreme accuracy. They alert local law enforcement or relevant authorities when a gunshot is detected to facilitate a rapid response to an active shooter threat.

Learn more about our partnership with Safe Zone, a leading industry provider of gunfire detection technology

Gunshot detection systems can detect more than just location: they can listen for the number of shots, shooters, and even the suspected caliber of weapons fired. According to the FBI, there were 27 active shooter situations in the US. Per the Gun Violence Archive, there have been over 4,500 gun deaths in 2020 thus far (as of publication).

Shot detection technology can not only help expedite response, but serve as a deterrent for future gun crimes. Common applications include municipalities, high crime areas, and public gathering places like malls, parks, or shopping centers.

IP-based security camera systems around the world are upgrading their capabilities with AI powered threat detection. These softwares plug and play with existing camera networks, using machine learning algorithms to identify guns, slips and falls, and accidents without any user input.

Whenever one of these systems detects a threat, security supervisors are immediately notified. The software can show on a map, or even in building schematics, where the threat was spotted, and display a video clip or still image that the AI outlined as the trigger. These are useful for schools and businesses looking to protect themselves from active shooters, but also for any public building that wants to add an extra set of eyes to its security monitoring.

Through solutions like RapidSOS, the exact location of a VoIP call can be displayed on a dispatcher’s screen, and not just their address: their location within a building, localized on a schematic layout. This is especially useful in the case of fire or medical emergencies where an address might not be enough to get help in time. And thanks to legislation like Kari’s Law, VoIP companies are placing more of an emphasis on public safety than ever before, leading to more and more advancements to help save lives.

Most commercial buildings have a series of control systems to manage things like their HVAC, elevators, lighting, entry, and the like. However, most of these systems operate independently, and integrating them is an expensive and labor intensive process.

Building management systems (BMS) are software that unify the subsystems within a building, through IoT, so that admins can manage them from one place. In the event of an emergency, a BMS ties together technologies like door access controls, camera feeds, gunshot detection feeds, and VoIP telecoms to enable a faster and more efficient response.

For example, if a gunshot detector hears a shot, and the AI overlaid identifies a gun on camera, a BMS can be used to lock and unlock doors, turn off elevators, and issue building wide alerts to address the threat before first responders arrive. They can even automatically dial 9-1-1 when an emergency is detected.

All of these technologies can help buildings keep their occupants safer. However, whether it’s an active shooter, a building fire, or an employee having a heart attack on the 12th floor, first responders are called. So the most important thing for all of these technologies is the ability to communicate with public safety – in a way that fits their workflows.

It’s one thing to have all of this data in circulation, but another thing to get it to the people who need it most – the first responders who use it to save lives. However, if there’s one thing cops and firefighters don’t need, it’s another app. They need to receive data from a multitude of sources in a uniform fashion, that doesn’t overload them when on the job. To access this additional data, platforms like RapidSOS help send IoT data directly to dispatchers’ screens, so they can view building data in real time to empower data driven emergency response.