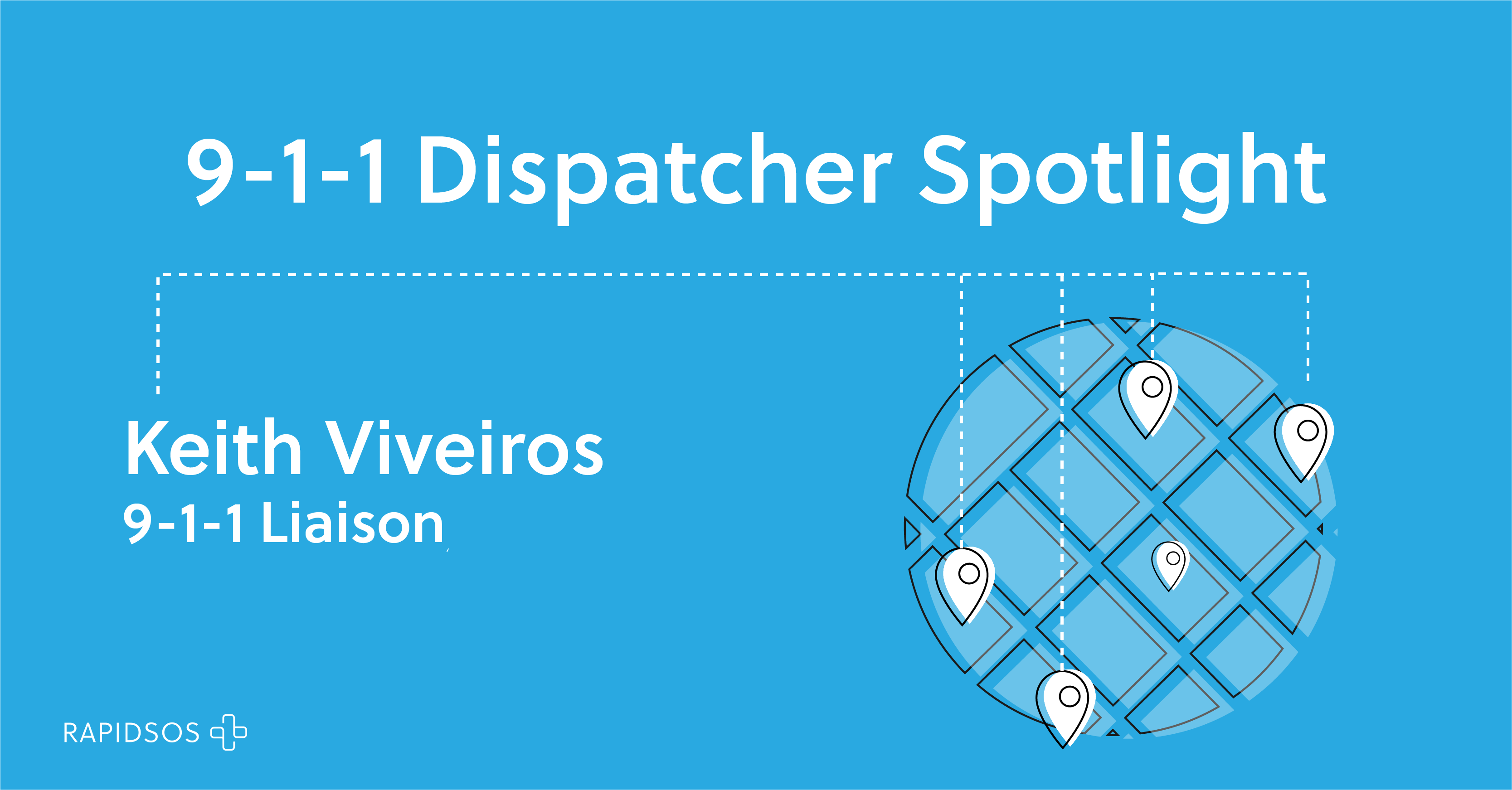 Close collaboration with the public safety community is a critical part of the RapidSOS mission. We’re thrilled to have seasoned 911 dispatchers, call takers, and first responders on our Public Safety team working directly in the field with staff in public safety answering points (PSAPs). Keith Viveiros joined the team over a year and a half ago after several decades in public safety. Read on to learn how Keith ended up at a technology company after years as a practitioner and what excites him about introducing NG911 technology to the public safety community.

What led you to RapidSOS?

I had been working at the Sunnyvale, California Department of Public Safety for 27 years and was planning to retire at the end of the year. I was in my office and Reinhard [Ekl, VP of Public Safety at RapidSOS] came to our PSAP for a site visit. He explained what the company was doing, and I was so interested that I started doing research to learn more about the company, including following their email newsletter. Long story short, a few months later there was an email from RapidSOS mentioning they were looking for a PSAP liaison. As I was reading through the job description, I realized it described me to a “T.” I spoke with Reinhard and Michael [Martin, RapidSOS CEO] and joined the team shortly after.

Why did you decide to work in public safety?

Some people know from an early age what they’re going to do. I was still in my teens when I understood I wanted to work in public safety, specifically as a police officer. Counting my early internships, I’ve been in the industry for 40 years. I never regretted it for a second. I’ve known all my life I wanted to do this.

I started as a dispatcher at a small center in Los Altos. Then I spent 10 years as a police officer and a detective at Stanford. What is the coolest job you have ever had?

RapidSOS is far and away the most interesting. What we’re doing at RapidSOS is an opportunity for a paradigm shift. It’s a chance to change things on a nationwide basis.

Within traditional public safety jobs, the most interesting was as a Detective at Stanford, where I often liaised with the Secret Service and State Department to provide dignitary protection to scores of heads of state and dignitaries. It was fascinating to see and often meet so many VIP’s from around the world.

What are you most looking forward to in the coming months at RapidSOS?

The coming months are going to be one of the most exciting periods in my time here so far. My first year here was spent educating the PSAP community on how RapidSOS can provide more accurate data faster to 911 centers. Now it’s widely known and understood what we do, and the volume of deployments we’re doing over the next several months is going to be the paradigm shift. This is what we’ve all been looking forward to.

What most excites you about working with RapidSOS?

That’s easy: Being able to go to trade shows and meet with PSAP professionals to share how RapidSOS can help them.

What is the reaction when you explain to PSAP professionals what RapidSOS does?

Their reaction is amazement. They understand that great location service is technically possible, but they don’t realize that RapidSOS has the problem solved. We move through a short visit, around five minutes, and we go from stages of them being unaware, to informed, and then wanting the service right now. I see the light bulb come on as I describe what it is that we’re doing. They realize it’s a game changer and a lifesaving technology. They get it quickly.

When you have free time, what are you doing?

I love gardening. My wife and I are in the middle of selling our home, and the challenge is finding a new home with the right space for gardening.