Private Tech is Stepping Up in the Fight Against COVID-19

A Call with a View: How Telecommunicators Are Using Jurisdiction View in the Field 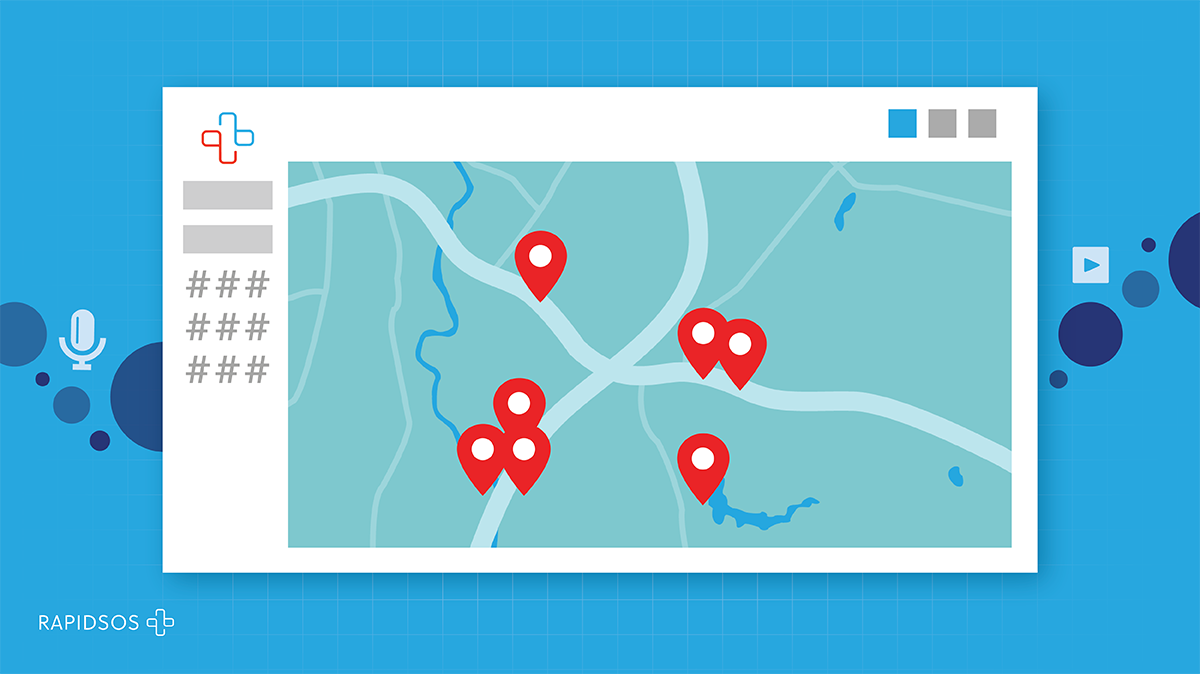 I remember taking this call in the year 2000 it took at least 10 minutes to get a location for this caller , maybe more. If a tractor-trailer driver had not driven by and looked down to the right as he passed the right cranberry bog out of hundreds in our jurisdiction, he may not have seen her car upside down and submerged – and there is no telling how long she would have been there or what condition she would have been in when someone finally found her.

Fast forward 18 years to 2018,in which we witnessed one of the most significant changes to 9-1-1 in its 50-year history: the introduction of device-based hybrid location to Emergency Communications Centers and 9-1-1 call takers nationwide. They began seeing fast and accurate locations for 9-1-1 callers, and on some occasions, if it was a call in motion, almost real-time updating. Being able to see a new location every few seconds for a call in motion is the difference between getting off an exit or staying on the highway during a kidnapping or domestic violence situation.

In addition, they started to see additional data from sources such as Uber and Medic Alert.

Suddenly, NG911 did not appear as scary as it was previously thought, and It wasn’t long before success stories started coming in. Most advancements in public safety move at a snail’s pace, so it is no surprise that agencies across the country are excited to see such swift progression with much-needed technology.

The latest innovations for 9-1-1

I am not quite sure if any 9-1-1 professional ever imagined the ability to see 9-1-1 calls plotting on a map in real-time, and often before the 9-1-1 call even hits the phone system in the center. Nor did the thought cross their mind they would be able to see not only the device location within meters for a 9-1-1 call that appears to be coming from a disconnected cell phone that is displaying 911 on the ANI/ALI but also the actual phone number that is associated with that device, but here we are.

The frontline telecommunicators that have access to the RapidSOS Portal and utilize all the available features know what an asset it is to the call-handling process. Farmington, CT Dispatcher Mike Boucher recalls receiving a 9-1-1 call from an Apple watch that identified a hard fall.

As he answered the call he could hear a recording that indicated the fall and then proceeded to deliver latitude and longitude – but in the middle of the recording the female party that had fallen off her bike and had a broken leg started to speak, cutting off his only means of accurate location. Only phase one location was being displayed, so he entered the phone number into the RapidSOS Portal and within a few seconds he had a precise location on the bike trail to dispatch EMS.

It was not long before it was determined that many of the call locations were being received into the RapidSOS Clearinghouse before the call was being delivered to the 9-1-1 phone system: this put the wheels in motion for Jurisdiction View. I recall our engineering and product team asking, “If we have the location before the call is ringing in the center, should we automatically push it to the Portal map versus them having to query the phone number?” the answer was a profound yes!

I am confident that the  RapidSOS public safety team members that previously served as dispatchers, firefighters, EMTs or police officers rejoiced inside and started imagining what this means. It was not long before the vision became a reality and beta test sites for Jurisdiction View were enabled and changing 9-1-1 call processing in a big way!

Once Jurisdiction View was rolled out in Farmington, I asked Dispatcher Boucher to switch badges if you will, when not in the center answering emergency calls for service he is responding to them as a member of the Burlington Fire Dept. When asked about having access to the RapidSOS Portal in the field, he stated, “a visual disconnect that was there in the past is now a clear picture”. When asked to clarify, he returned to the call for the hard fall on the five-mile bike path: without the portal, we had to rely on the telecommunicator to verbalize the location, then identify landmarks or maybe even turn by turn instructions, then we had to visualize where they might be. Having access to the portal and furthermore, Jurisdiction View in the field means we know exactly where we will be responding, without having to guess where the dispatcher is describing. It also allows us to see prior to actual dispatch the potential call for service, so we can start the response process sooner.In other words, filling in that visual disconnect, Jurisdiction View now becomes a primary source of situational awareness versus secondary.

Lee Delp, Operations Manager of North Shore RECC, MA waited patiently for their Jurisdiction View upgrade to be enabled and once the switch was flicked, they could not have been more excited. “Being able to see the call location on the screen before the call comes in is game-changing and time-saving especially if the caller can not speak English,” said Delp.

Wilbraham Public Safety Communications Supervisor Anthony Gentile, boasted about the ability to log in when he has to be out of the center, allowing him to keep a finger on the pulse of public safety in his community. “If a major event was to take place, I am able to assess the call volume versus staffing levels and determine if additional resources are needed.”

Communications Manager Cheryl Konarski CPE, RPL, CMCP of the Joplin Police Department spoke about Jurisdiction View:, “Where has this been all my career?” She explained that their field responders are also using the tool. “In fact in training, we had our K9 officer dial 911, put the phone in his pocket and we could watch him while he did a track.  That was pretty cool so we knew where he was and could direct others.”

The consensus is clear, no matter how many public safety professionals I have spoken to recently, they all see the addition of Jurisdiction View to the RapidSOS Portal as a much-needed enhancement to the call taking process. It is stories like the saved hiker in West Springfield, MA that create excitement and engage out of the box thinking. In this case, the responders that were searching for the hiker that fell down a cliff were able to be led right to the caller, and how did they do that? One of the responding officers called 9-1-1, and once his location was identified on the screen they were able to guide him to the location of the victim. Given what we discussed here, take a moment to imagine the possibilities.

More information about Jurisdiction View can be found in this webinar, or in this blog post.