More Connected Than Ever: Takeaways from Quarantine 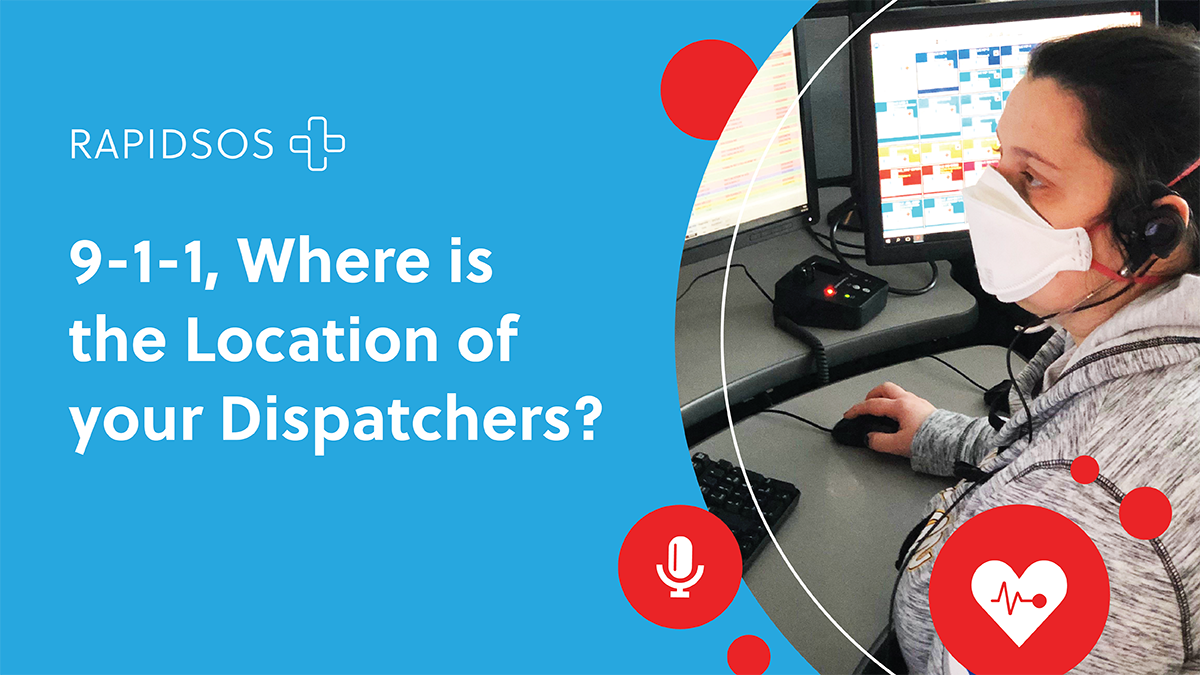 Emergency call-handling has traditionally focused around being physically located in a 9-1-1 center, but the COVID-19 pandemic is revealing the need for 9-1-1 telecommunicators to be flexible. By nature, staff in these centers are able to respond and adapt to fast moving, high stress, and always changing situations – however, this skill set is being taken to another level.

While attempting to navigate through this uncharted territory, Brian Crumpler, Northern VA Regional 911 Coordinator said, “this is the perfect time to deploy, test, and successfully implement technology that has been available for years.” Many centers have had plans in place for some time now, and some are having to make decisions in the midst of the chaos. Let’s take a look at how a few centers are handling the situation, from an unplanned evacuation to the ability to handle calls from home.

A positive test result with a positive resolution

“I walked into the building, feeling like a character in an apocalyptic thriller,” wrote Kent McKenzie, the Director of Communications for Lake County, IL’s Sheriff’s Office on his Facebook status.

Director McKenzie described what it was like walking back into their eerily quiet 9-1-1 center after evacuating his team because one of his frontline telecommunicators tested positive for COVID-19.

With the unwavering support of their Emergency Telephone System Board (ETSB), the move to two separate backup locations was underway. CenCom E911, a neighboring agency approximately 10 miles away, had recently converted to the same IP-based 9-1-1 phone system as the Lake County 9-1-1 Center. After securing two consoles at CenCom E911 Center for the call-takers, the Lake County mobile command trailer was deployed in their parking lot to house three radio dispatchers.

That Friday, five telecommunicators left their homes and headed to work for what they thought was going to be a normal shift during a far from normal week. Once the careful determination was made regarding who was going to CenCom and who would be in the mobile command trailer, the staff was notified and sent on their way.

While en route to the secondary location, reality set in: they knew this move would strip them of many of their tools and resources. While the Lake County call takers at CenCom were able to answer 9-1-1 calls by simply logging into the host agency’s phone system, and they had their own computers with CAD already loaded, there was one piece of equipment that was missing: mapping for their 9-1-1 calls.

Dispatcher Brendhan Sears and Dispatcher Lesley White both identified their initial concern about not having the ability to locate callers. Their usual six screens were reduced to two, and they were missing many of the resources they were accustomed to. Both telecommunicators shared the importance of having the RapidSOS Portal as a tool in their center – knowing all they needed was a web-browser, it was a no-brainer to log in to help locate 9-1-1 callers.

Once the cleaning company arrived to deep clean and sanitize the Lake County 911 Center, all electronics needed to be turned off and unplugged. Half-heartedly Director McKenzie recalled the time it took to unplug all those monitors, TVs, copy machines and much more.

Looking back on the event, all involved can not help but feel the effects of the seriousness of the situation. However, there were surely some stories that they will look back on and laugh: McKenzie credits many members of his team for the successful 13-hour hiatus from the center that did not result in any degradation of emergency services. A detailed account of the incident can be found on the Humanizing the Headset website.

On March 1st, 2020, Renee M. Gordon, MBA, ENP, RPL, CPE, Director of Alexandria Emergency Communications, led the charge to make 9-1-1 history in response to the COVID-19 pandemic. According to Supervisor Daniel Guttormson, Director Gordon was extremely well prepared for whatever the next few months threw at her 9-1-1 operation.

Weeks before President Trump put out the social distancing guidelines, Director Gordon was putting plans in motion to move five of her telecommunicators out of their fully equipped 9-1-1 center to their kitchen counter to answer, process, and prepare for dispatch both emergency and non-emergency calls for service.

According to Deputy Director Doug Campbell, the agency had previously purchased enough hardware to outfit five remote call-taking positions. The hardware needed consisted of a Vesta Sound Module and handset, Vesta Command Phone Box, a laptop for the phone system, a laptop for the CAD, one keyboard and mouse and at least two monitors.

Once ready, a very eager Supervisor Guttormson became the first of five call-takers to successfully field test calls, then non-emergency calls and finally actual 9-1-1 calls from his kitchen counter. Both Gordon and Campbell spoke with excitement as they explained how easy it was to set up the portable 9-1-1 consoles, and how the implementation of the remote work stations has already increased productivity and the potential for this practice to continue after the threat has passed.

Campbell remarked, “since deploying the staff & technology in the field, none of those assigned staff have called out sick. In fact, they have volunteered to fill open slots to meet minimum staffing rather than having to force someone or hold someone over on OT. Additionally, those working the floor have noticed a reduction in having to answer phones, especially the administrative lines. So it’s really a win-win all the way around”.

Director Gordon also made a bold decision to minimize the chance of illness and chose to implement an “isolation team.” The isolation team consists of seven staff members prepared with enough essential items at the center to sustain a 14-day lockdown. Once the doors were locked to the outside world, the team of seven, which included Gordon, commandeered seven of the nine private offices off the communications floor as their private living quarters.

This extremely dedicated group was set up with enough food in the kitchen area, and a recently purchased washer and dryer were made available for their clothes. Now, with all that said, the isolation team is not currently acting as the primary call handling and dispatching staff, the rest of the team is currently reporting to regularly scheduled shifts in their back-up 911 center.

Alexandria is not the only center to be making 9-1-1 history during this unprecedented time. Angelina Candelas-Reese, 9-1-1 Systems Manager for the Arlington, Virginia Emergency Communications Center, shares that they too have deployed and successfully tested remote call-taking positions in a similar fashion: 20 makeshift consoles are ready to be manned should the need to isolate call-takers arise. According to Director Candelas-Reese, unless they have a confirmed case with exposure to others, they are waiting for recording capabilities and uninterrupted power supplies to be installed to minimize risks before going live. If necessary, they’d enable them sooner.

There is no one size fits all blueprint when it comes to responding to something we have never had to deal with, however, collaboration, education and training are paramount as we move through the uncertainty. This nation is full of dedicated 9-1-1 professionals that are doing the best they can with the resources they have, and even though only a few have been highlighted here, there are thousands more that are in the same boat as you and may be able assist with ideas and resources you may not have. Reach out for help if you need it and to those that can, reach in to help those in need.