In the News: Lives Saved with RapidSOS 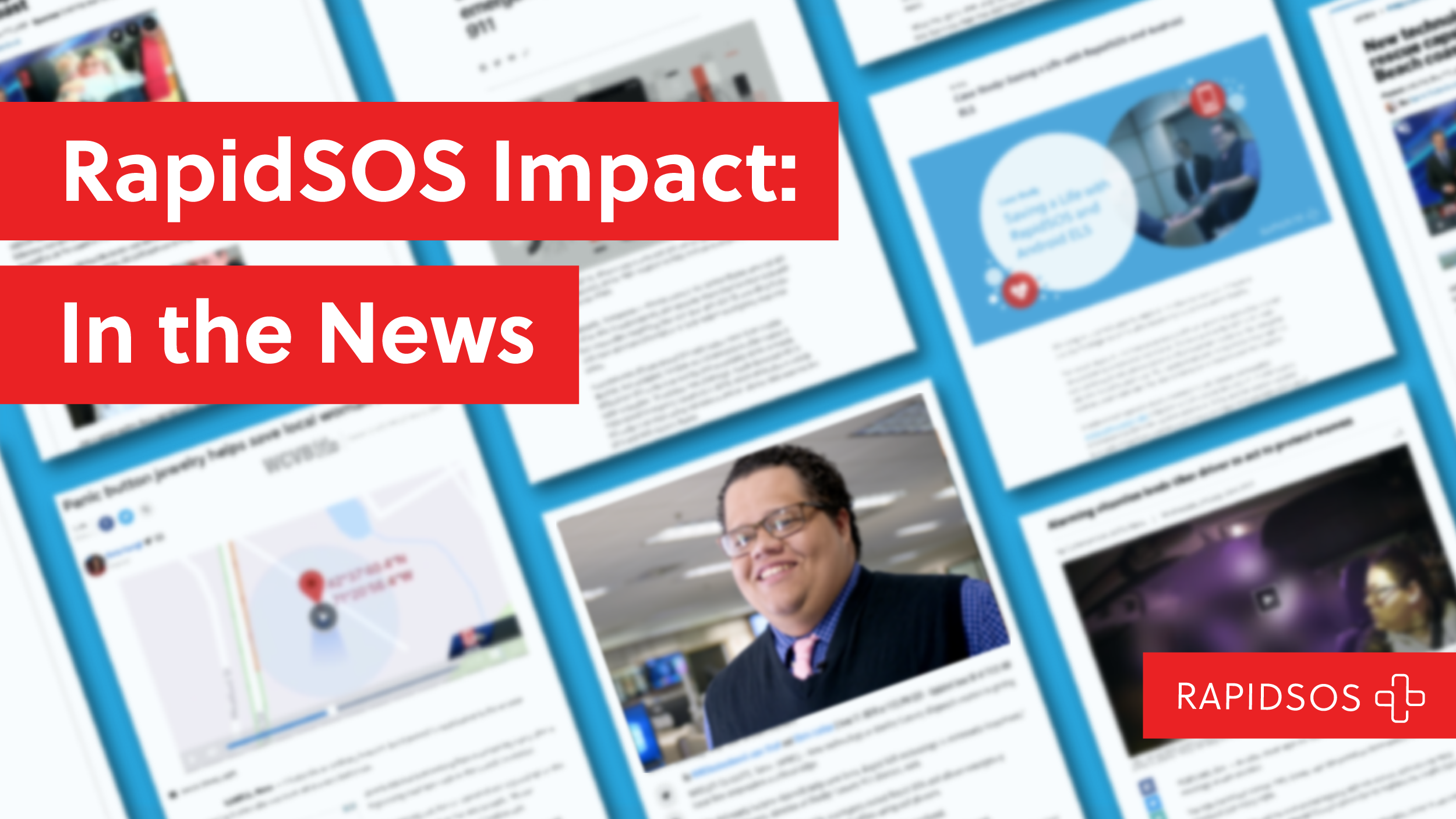 We are always honored to play a part in helping 911 telecommunicators and first responders save lives. Read on for a selection of inspiring stories where data from the RapidSOS Clearinghouse helped ensure a positive emergency outcome.

In Shelby County, TN, a man and woman were stranded and disoriented in the Wolf River after their kayak capsized. The Wolf River was described to be very dangerous at the time of the rescue due to the fast-moving water and the high water level. Dispatchers were able to pinpoint stranded kayakers in the middle of the Wolf River with data from RapidSOS, and emergency crews were able to quickly find the kayakers and guide them to safety. In Portland, OR, an Uber driver picked up three women and a man from a club when the man began arguing with the women. After the man refused to leave the car, the driver used the emergency feature on the Uber app powered by RapidSOS to contact police and resolve the situation. This partnership with Uber provides Emergency Communications Centers with rich data from the app including the car make and model, license plate, and accurate location. Information on the incident allows telecommunicators to provide first responders in the field with situational awareness, ensuring a faster a better prepared response. “If I had left it that way. I would’ve wondered my entire life what happened to those girls, and how bad that situation turned.” – Kelly Disney, Uber Driver

Emergency Response for a Patient with an Asthma Attack

In Prince William County, VA, 22-year-old Jeremy Schmeltzer experienced an allergic reaction that led to a severe asthma attack. Unable to breathe, Jeremy’s speech was severely impacted and he was incapable of relaying his address to the 9-1-1 telecommunicator handling his call. While Jeremy was unable to communicate his address, the dispatcher was able to utilize Android ELS location data, available through the RapidSOS Clearinghouse, to pinpoint his location. She dispatched first responders, who knocked down the door and administered emergency medical care for Jeremy. Read the case study here.

In Pinellas County, FL, a kayaker capsized in the Gulf while fishing. Due to the heroic work of the 911 dispatcher and rescue crews, and the use of RapidSOS Portal by a supervisor in the center, the kayaker was saved – even after drifting farther out to sea. “I kept thinking ‘they’ll never find me.’ I was cold and tired and I wasn’t sure if I would make it. The minutes felt like hours. I can’t thank these rescuers enough.” – Michael Bochniarz, the kayaker who was saved

In Lowell, MA, a young woman was in a terrifying car crash and her phone was nowhere to be found. Using her invisaWear charm, a panic button with emergency functionality powered by RapidSOS, the woman was able to reach an emergency contact and connect to the nearest 911 center. The 911 center received her accurate location and emergency crews arrive in just minutes. In Wise County, TX, a domestic dispute call led to officials finding four small children who were suffering from malnourishment and neglect. “Last year, Wise County introduced RapidSOS, a system that sends location data from any connected device directly to the hands of dispatchers. Johnson, Wise County Chief Deputy, said the system was key to pinpointing the location of the call and ultimately four small kids found living in filth.”

We’re grateful RapidSOS technology could aid in the response to this troubling incident.

Build Emergency Response Functionality Into Your Product or App

Connected device and app companies can work with RapidSOS to enable emergency data-sharing to 9-1-1 and first responders nationwide. Help keep your customer safe with RapidSOS – request a demo today.

There are two ways for PSAPs to access life-saving data from the RapidSOS Clearinghouse – through existing PSAP software systems or through RapidSOS Portal. Follow these two steps to get access in your agency:

Step 2: Set up a meeting with your RapidSOS public safety representative to determine the easiest path to an integration through your CPE, CAD, or mapping software. Request a meeting →